Kicking it with APA Youth at Bay Lake Camp 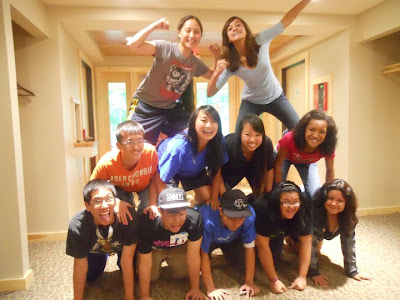 Sassy, intelligent, talented youth. Multiply this pyramid by 4 and you've got the illest next generation of leaders.
Q: What do you get when you put 42 joke-cracking teenagers, one of the most respected DJs in the game, and a Lao poet who rocks wrestling shoes in the same room with no AC? 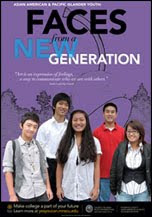 A: A 3 hour workshop on culture, civic engagement, hip hop, and leadership followed by one crazy ass dance party, thats what.

So my DJ and I drove the 3 hours to Deerwood, MN from the Twin Cities. A couple of hours into our drive, we got into the small town of Garrison and realized that neither of us brought a digital camera. Too late to turn around and too broke to buy another one on the way.

Ilean called my cell, "Call me when you get here because then I can send out the ferry to pick you up. Oh by the way, we're on an island."

Here we are with thousands of dollars worth of equipment: turntables, mixer, computer, cables, microphones, and speakers (props to EMI in Mpls. for donating some equipment) about to go on a dinky ferry boat.

My partner turned to me and said, "If that ferry tips over, I'm saving the equipment. Just letting you know."

We got there and did what we went to do, son! To solve our 'no digital camera' problem, I told the kids to "tag me" on Facebook, and they did not disappoint. So to them, I'm thankful that I've got pictures. 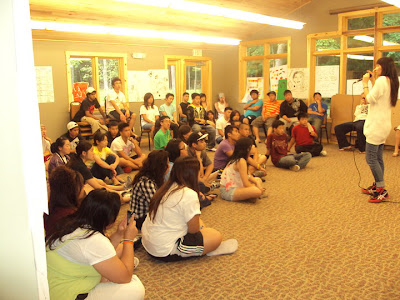 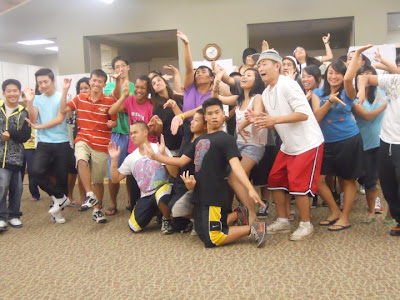 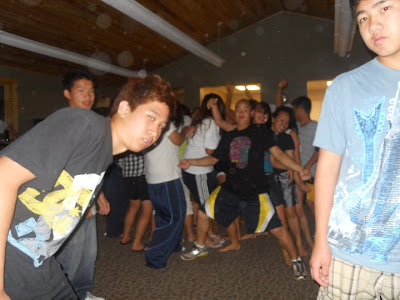 These two were too cool to do the 'stanky leg', preferred dodging orbs. 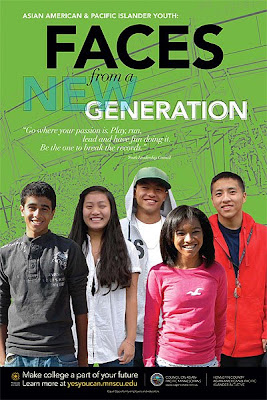 Much love to Ilean Her and the Council of Asian Pacific Minnesotans for bringing my crew, Imperial DJ Science, out to Bay Lake Camp in northern MN earlier this month to perform and speak on the importance of using our talents and strengths to make moves in our communities. The Council's APA Youth Leadership Retreat is one of the illest out there because it promotes youth to be proactive rather than reactive. Participants are encouraged to be creative, to think analytically, and to find their own strengths and leadership style in order to create positive changes. How lucky was Imperial DJ Science to have been able to work with them?

We spent the night there. Bonded with the kids (can't possibly name them individually, there were 42 for crying out loud) after our workshop and dance party by telling ghost stories next to an open fire, a midnight hike on the island through the woods lead by "the DJ" (as the kids referred to him), late night mashed potatoes eating, followed by pranks involving campers faces, markers, and dental floss.

The next morning after everyone stuffed their faces with pancakes, sausages, and fresh fruits at breakfast, "the DJ" did a turntablism workshop. Participants tried their hands at beat mixing, counting beats, and learning about the equipment in general. Meanwhile, 200 yards away in another building, I performed pieces from No Regrets and gave a talk of creative writing, claiming identity, and being content in where I am in my life.

By the way, there was AC. 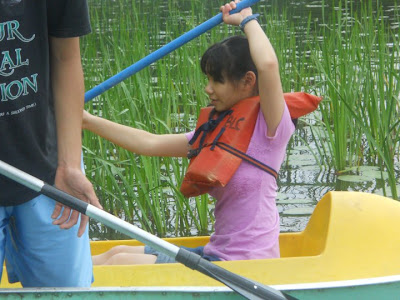 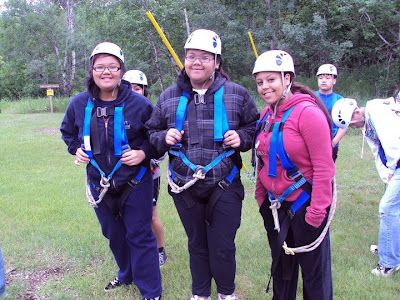 Why My Name Isn't My Name

A few weeks ago, my essay "My Name Really Isn't My Name" and a prose piece titled, "When Everything Was Everything," was published by Lao Americans Magazine. "LaoAmericans is an independent online magazine based in northern California. Our aim is to share personal stories and experiences from a uniquely Lao American perspective."

The magazine is the child of Siamphone Louankang who not only is the Editor but contributes dialogue provoking articles as well - she's a Yale alum for goodness' sake. 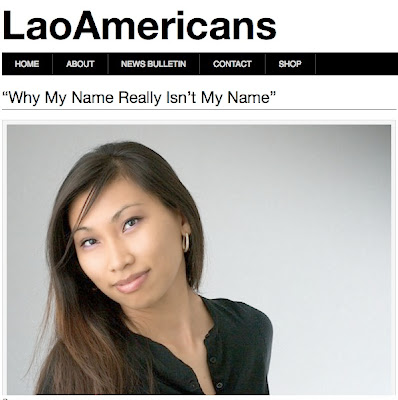 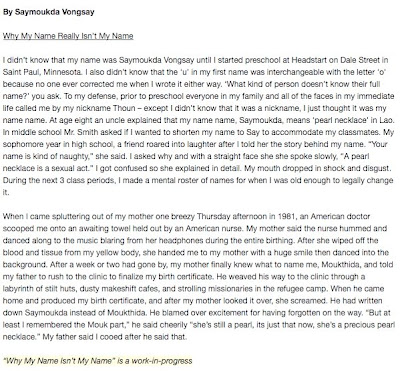 This year, Lao American writer Bryan Thao Worra invited me to share the Folktale stage with him during this year's Twin Cities World Refugee Day. It rained the entire time which brought up this question amongst my circle of friends who were standing under umbrellas:

"Whys it gotta rain? We, as refugees can't even get ONE day for ourselves without this bullsh*t rain."

However, there were also others in my cirlce who remained positive by saying:

"All the bright smiles I'm seeing before me is all the sunshine I need! We can will the clouds to part and the sun to shine, beautiful people." 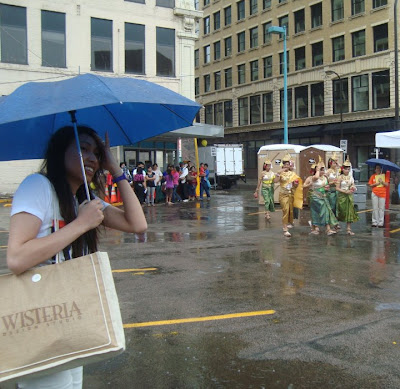 Here I am trying to smile the rain away!

So, World Refugee Day...what is it about, you ask? According to their website, "under international law, a refugee is someone who is “unable or unwilling to return to and avail himself or herself of the protection of his or her home country or, if stateless, country of last habitual residence because of persecution or a well-founded fear of persecution on account of race, religion, nationality, membership in a particular social group, or political opinion.” Often, a refugee is someone who has been forced from their home country by war, civil conflict, political strife, or gross human rights abuses. Even survivors of natural disasters are not in the same position. However great their needs may be in terms of food, shelter and health care, their governments are usually sympathetic towards them. However, natural disasters occurring in conjunction with civil strife or persecution may exacerbate a refugee situation." 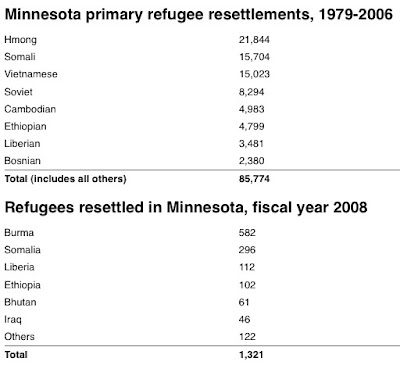 Notice that the ethnic Lao is NOT included in this data.
Oh wait, maybe we're under "Others"? 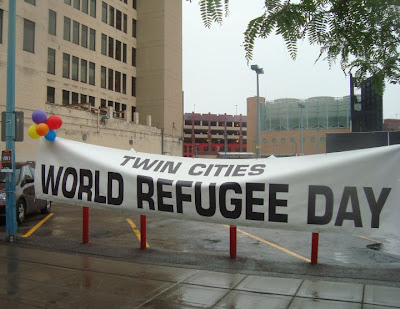 (to be sung in Aretha Franklin's song, "Respect") 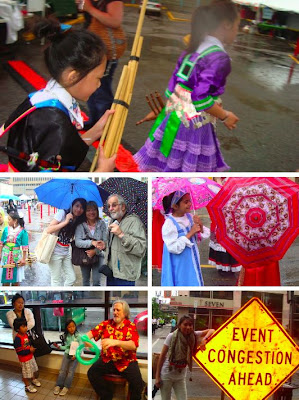 With Linda Chanda and David Zander, a young Russian traditional dancer, a balloon artist, event congestion - not so much. 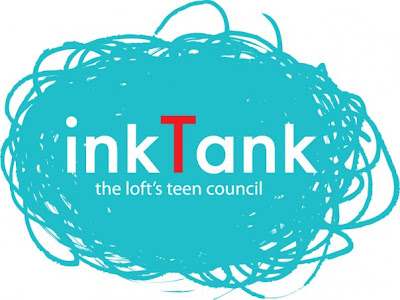 After having spent a great chunk of the afternoon and earlier part of the evening at World Refugee Day, Linda - Bryan - and I decided that we were hungry as heck and that Applebee's was starting to look really good. Actually, Applebee's had looked more than good for the past hour. We were THAT hungry!

I had agreed to help out at The Loft for inkTank's chapbook release party. In case you don't know what inkTank is they're a "council of teenagers supported by the Loft Literary Council. We organize events and activities to facilitate and empower the Twin Cities teen literary community." 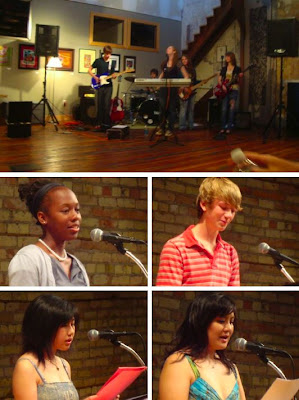 Their mission and program "is designed to encourage and empower high school students to use literary tools to express themselves. inkTank exists as a self-sufficient working group of teens who are supported and guided in workshops by Loft staff, writers and community artists." 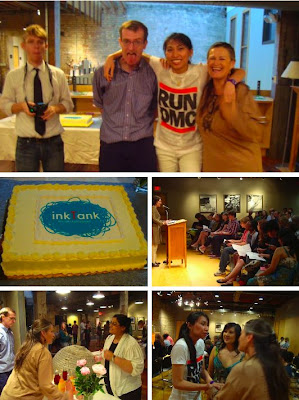