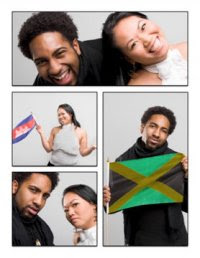 Earlier this month, I was blessed enough to be a guest artist for the chapbook releases of two emerging writers: my mentee Julian Hines, and my friend Judie N. Keys. It was held at the Cambodian Temple in Hampton, Minnesota. The show started out with traditional Cambodian dancers and then a showcase by Julian, who dedicated his dance piece to his grandmother.

There were also some amazing prizes! Like free Subway sandwich vouchers, jewelry, a copy of my chapbook No Regrets, scented candles, Jamaican flags, Cambodian flags, and so many others that I wasn't able to take a peek at. Make sure to grab a copy of Julian's chapbook, "I Remember...Clearly" and Judie's chapbook, "The Good Life." Google them! 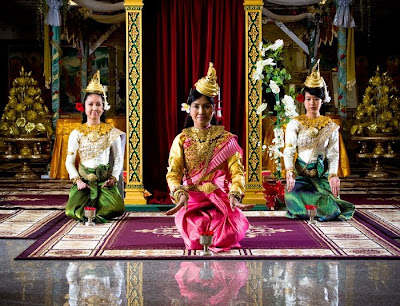 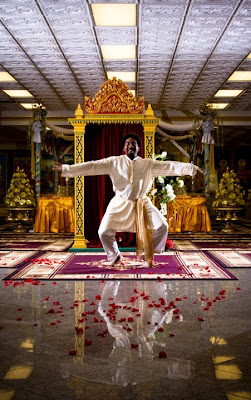 MADNESS at The Playwrights' Center
In late March, The Unit Collective held another Madness event. I was the producing playwright and had a hell of a time doing it too. Not only did I came up with the theme, "Against the Grain," I also had to do the casting of actors for each script, finding directors, promotion, and food! It was a dope ass night, packed house, with music selection made by DJ Kool Akiem (MF Doom, Micranots, Rhymesayers). 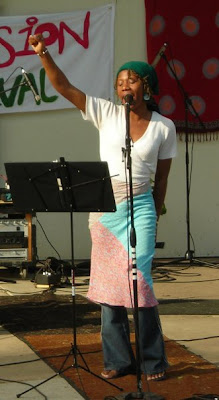 Our special guest was Sha Cage, the founder and artistic director for the Minnesota Spoken Word Association. I consider Sha to be one of my mentors, someone that really took me under their wings and inspired me to be the best spoken word poet that I could be. About four years ago, I volunteered with MNSWA, acting as a youth producer and mentor to young emerging spoken word poets. If Sha hadn't tapped me to be a part of her world, I wouldn't have learned as much about my craft, poetry, and speaking our truths no matter what the consequences may be. 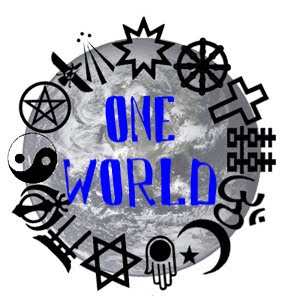 "One World" was the title of my short play, about a one world government, nano bots, and the anti christ. Lets just say...it offended many people...for the wrong reasons. BUT...it also went well with a lot of people who shared my dystopian outlook. 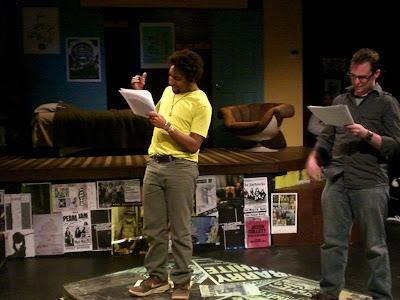 So Busy These Past Five Months and Here's The Proof!

Refugee and Immigrant Women for Change Coalition 2010
Last month, I was lucky enough to be a part of the RIWC's annual luncheon to honor women who commit themselves to protecting the rights of women. Our keynote speaker was Leymah Gbowee. Bryan Thao Worra also performed, much to my amusement. After Ms. Gbowee's speech, I had the opportunity to ask her what her thoughts were on art and public policy together. I was concerned because at the time, my governor, Governor Pawlenty wanted to cut funding from the arts and put that money into prisons. Ms. Gbowee's answer was not only insightful but powerful. 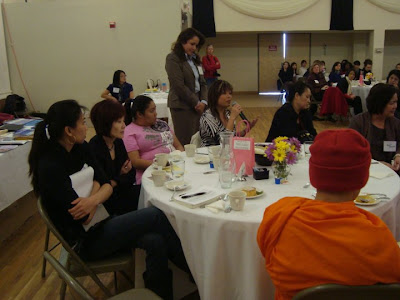 Sharing the table with staff from the Lao Assistance Center and intently listening to Linda's question to Ms. Gbowee. For lunch we had herb chicken slow cooked in parchment paper with a side of spanish rice and salad. It was so yummy! 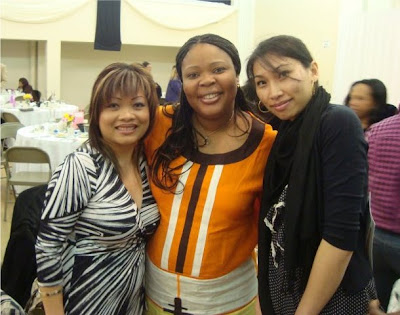 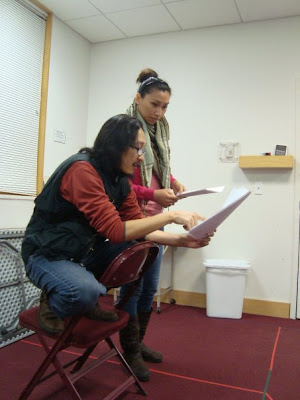 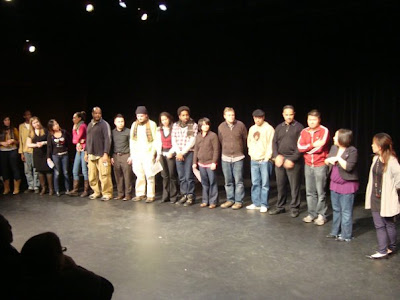 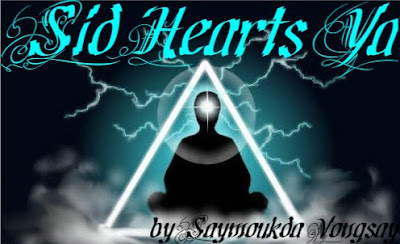 Members of The Unit collective of emerging playwrights of color and theater artists taking a bow after February's Madness at The Playwrights' Center. The theme that month was "Doorways". My short play, "Sid Hearts Ya" - squished a compassionate groundskeeper (Sid), a tortured poet (Cyrano), a revolutionary (Marcus), an evil scientist (Fu Manchu), and a religious fanatic (Savano) into one apartment building. 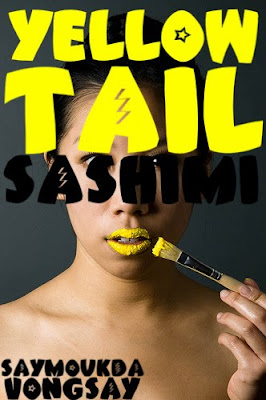 Madness at Playwrights' Center
January's Madness was curated by co founding member Eric "Pogi" Sumangil. The theme he decided to go with was "Comfort Food". Interestingly enough, two out of the 10 core writers wrote a script that dealt with death row and an inmate's last meal. I wrote a piece about asianphilia called , "Yellowtail Sashimi," about twin sisters with very different views on Lao American identity and the sexualization of their kind by 'asianphiles' - men and women who have shallow appreciation for yellow skins. 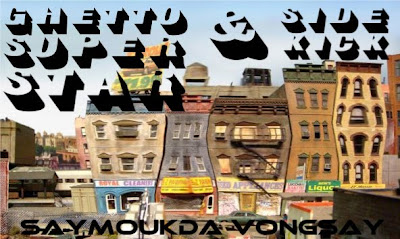 Madness at The Playwrights' Center
October 2009 - my debut as a playwright and co founding member of The Unit. The producing playwright for this month was Reggie Edmund with the theme, "New Beginnings." I decided to write about a set of friends who decided to remain in a neighborhood bought out by the city and the types of issues that pop up when the projects later become co-ops and hipster lofts.


Asian Pacific American Leadership Summit
Back in October of 2009, I attended a meeting of company CEOs, activists, community leaders, and local politicians to discuss what "leadership" meant to us, our roles in our communities, and how to think analytically in order to solve problems. 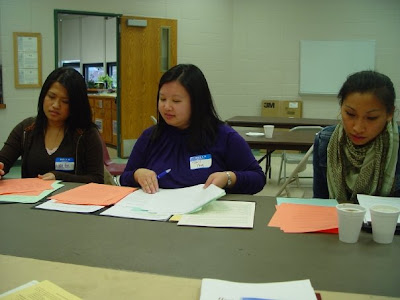 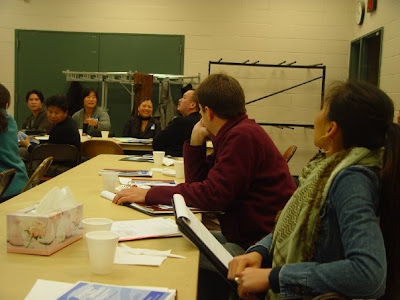 Participating in the Asian Pacific Minnesota Leadership Summit. Fall 2009 at the Lao Assistance Center in Minneapolis.
No comments: